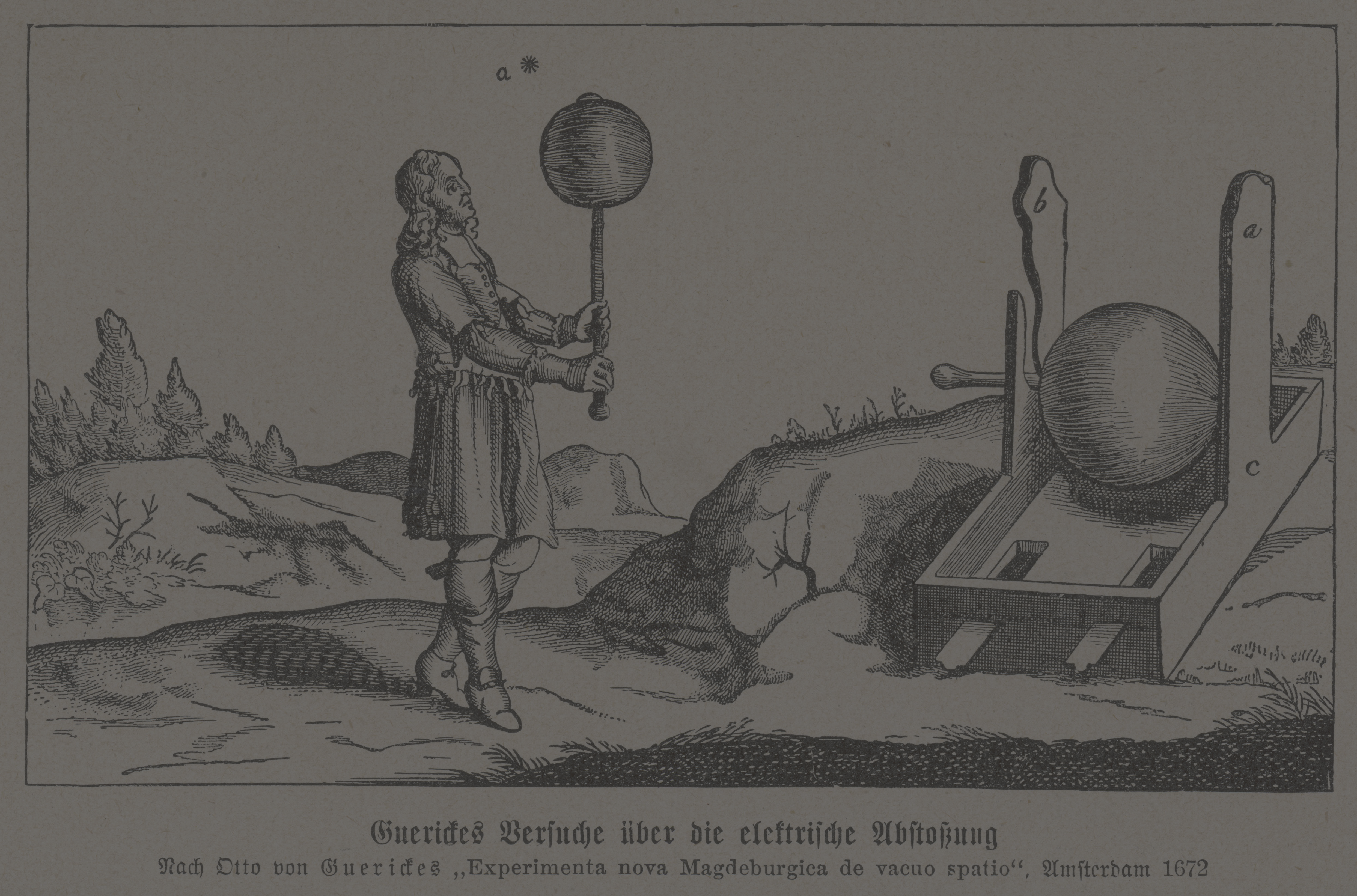 How is PoD 4.0 a workhorse of tribology lab ?

Written by Global Applications Team
May, 2021 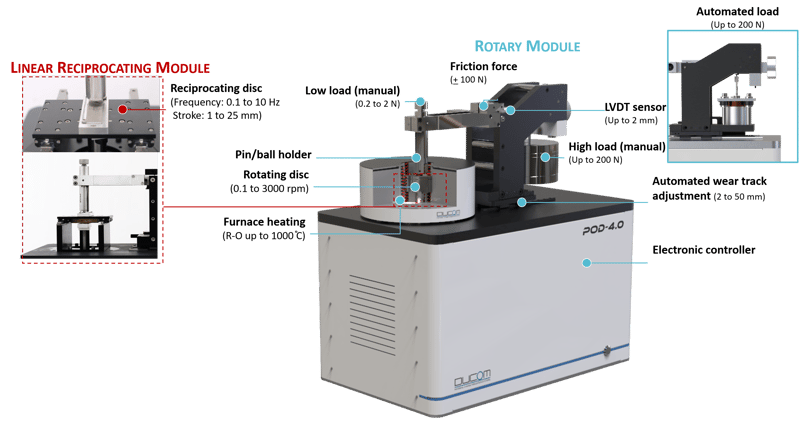 LUBRICANT FILM STABILITY. True stability of lubricants is determined when there is a sudden jump in the friction coefficient during a lubricated testing in a PoD 4.0. Here, we use the Advance Motion Control feature in POD 4.0 to reproduce three contact conditions: fixed point condition and circular geometry, migrating point condition and spiral geometry, and fixed point-variable speed condition and circular geometry. The goal was to identify the suitable contact condition that leads to sudden jump in friction coefficient during a lubricated test. 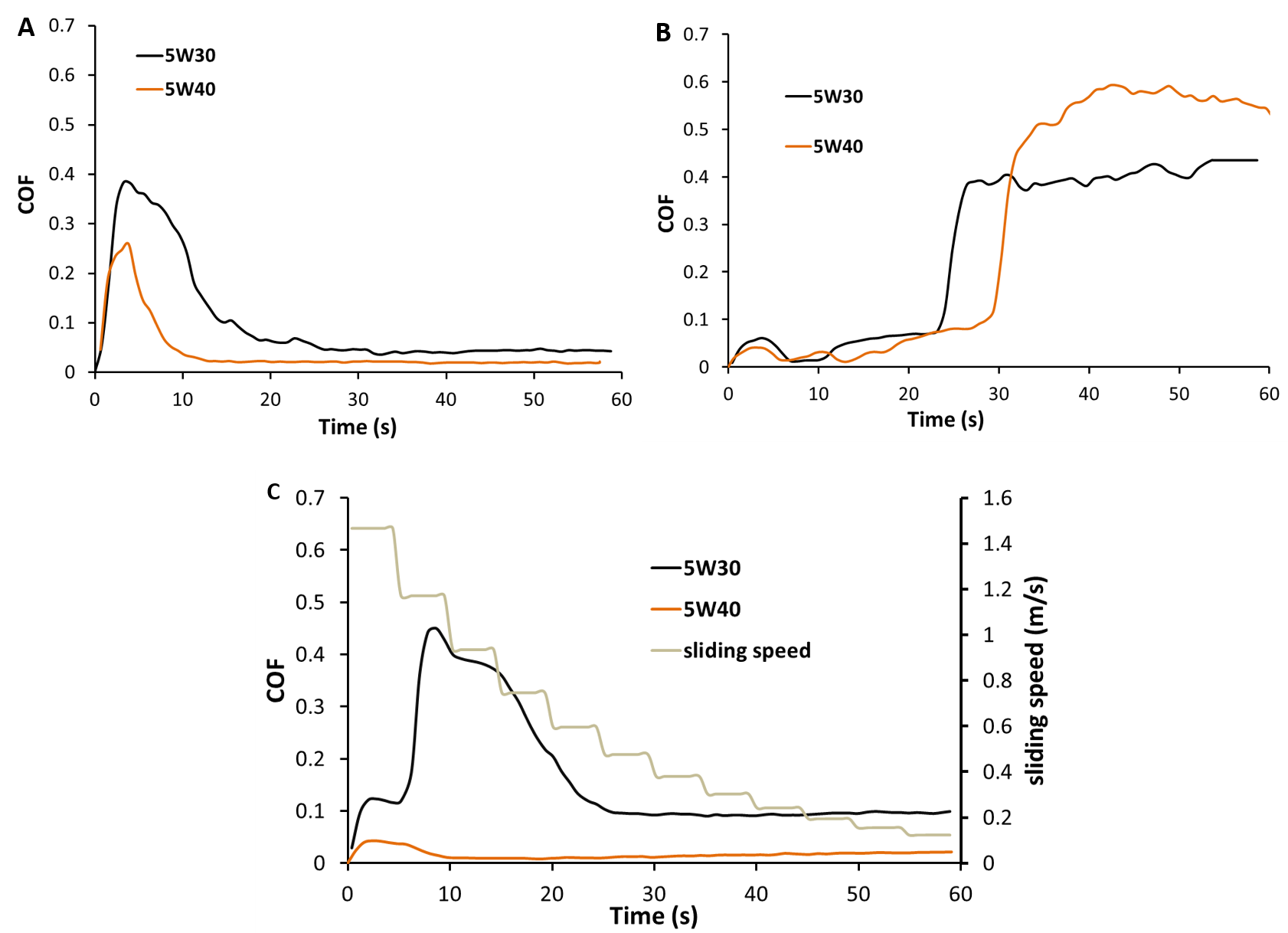 As shown in Figure 2B, a sudden jump in friction coefficient that represents the breakdown of the lubricant film (poor lubricant stability) was best studied using the migrating point contact condition in ball-on-disk testing, where there was a minimum change in the true contact area without any intervention of wear debris at the contact. Read the full article here. 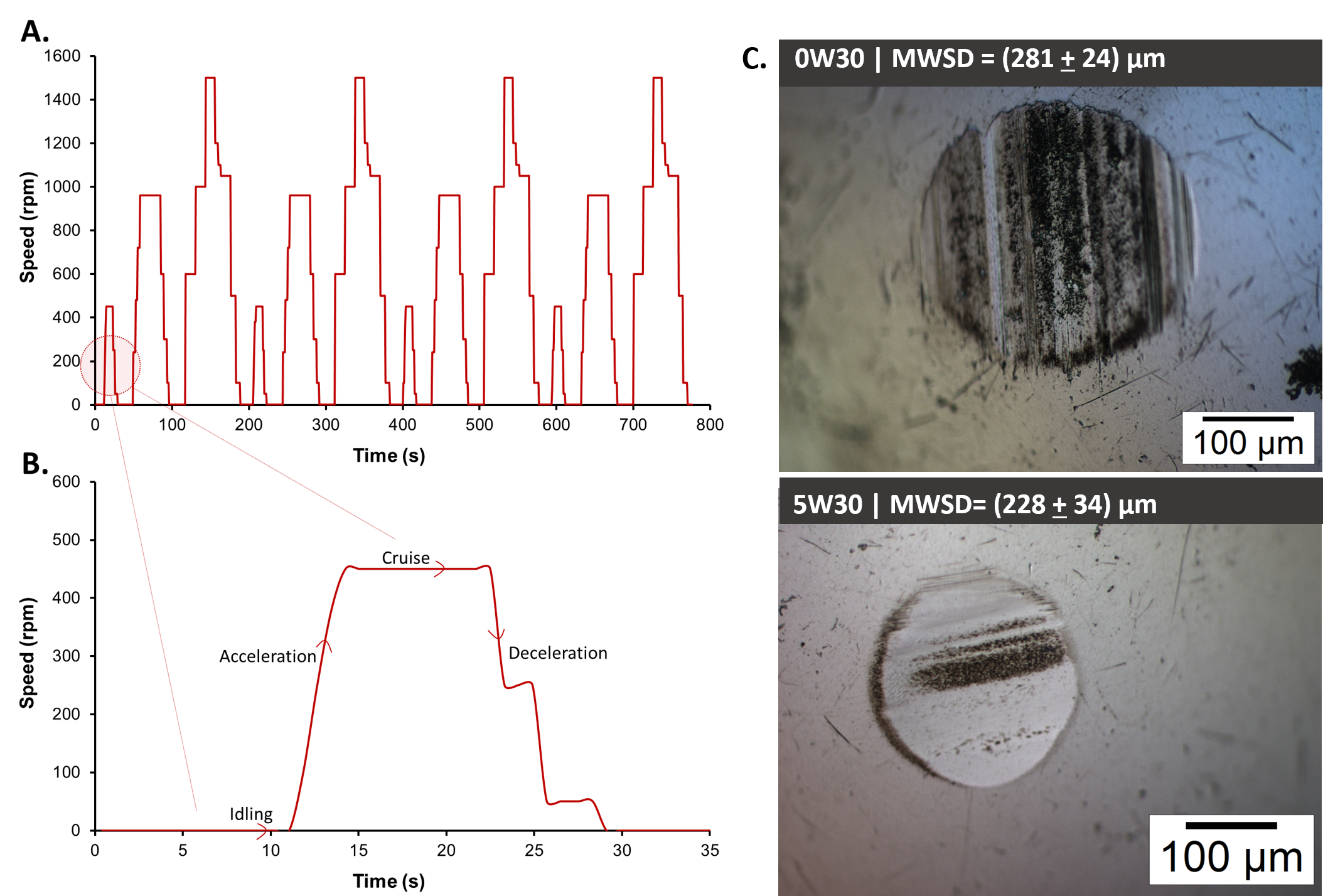 During the cruise stage the friction coefficient of low viscosity engine oil 0W30 was lower than 5W30, that translated into three times lower fuel consumption compared to 5W30. 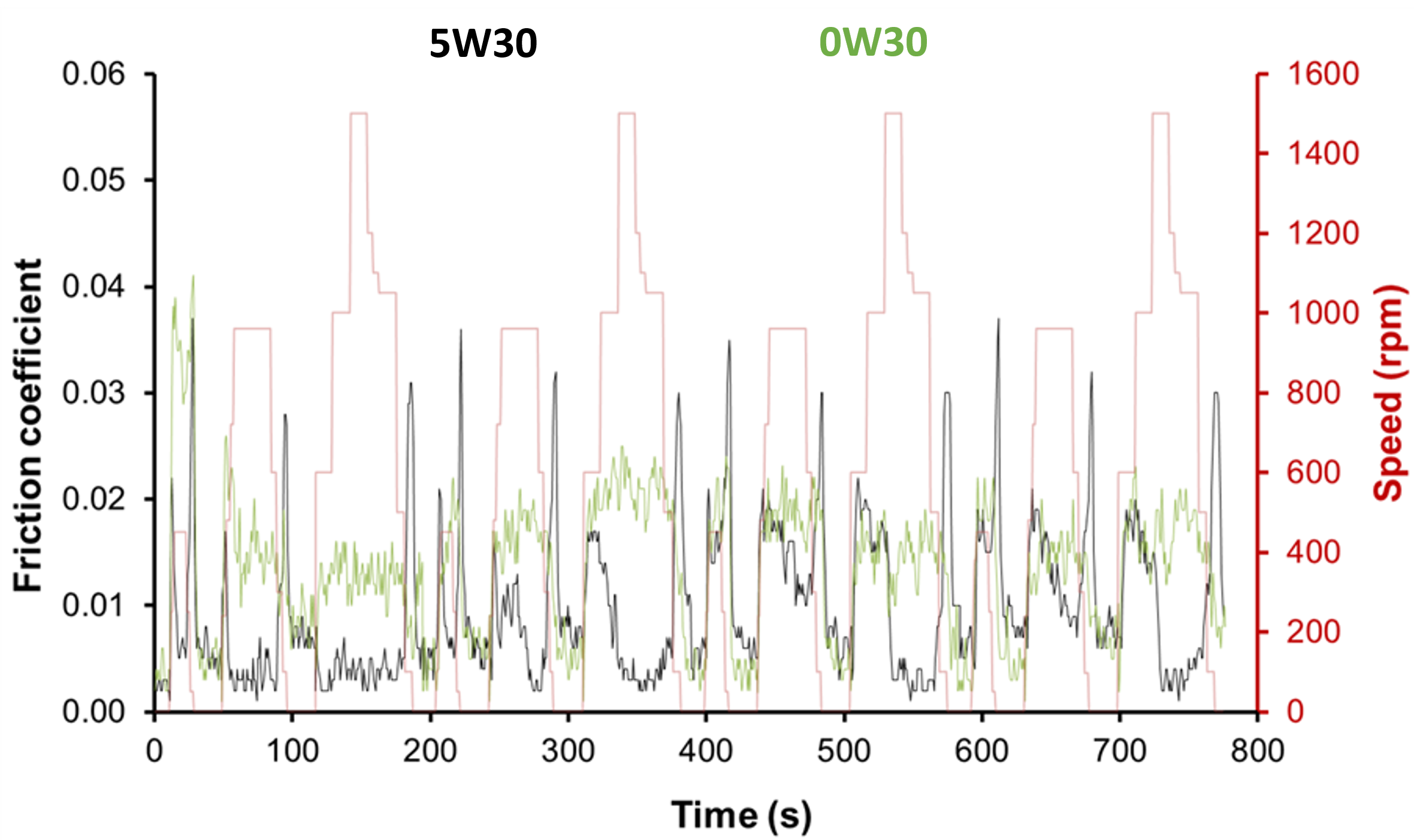 STRIBECK CURVE. Low viscosity engine oils are recommended for better fuel economy. Therefore, it is important to to understand its friction and wear behavior. In this study, we have used Ducom POD 4.0 to generate Stribeck curve that can map different lubrication regimes for an oil. Self-mated bearing steels were used to test the engine oils like 5W30 and 10W40 at 80°C (refer to Figure 5A for the test parameters). There were two types of contact, that is, a point contact (ball) and area contact (flattened ball), as shown in figure 5B and 5C, respectively.

Results indicate lower friction for 5W30 compared to 10W40 at area contact and point contact test conditions. The difference in the friction coefficient (5W30 vs. 10W40) at high speed was higher at area contact (see Fig. 6A) compared with the point contact (see Fig. 7B). This is due to the thick film formed at planar interface that needs less shearing for low viscosity oil, that is, 5W30.

Figure 6. Friction coefficient (A) and ball wear images (B) for 5W30 and 10W40 engine oils under area contact conditions.

We translate this friction reduction by 5W30 into fuel savings by using a general relationship between fuel saving and friction in an engine. Therefore, switching to 5W30 from 10W40 can lead to a fuel saving of 150 ml/100 l and 180 ml/100 l for point and area contacts, respectively.

Figure 7. Friction coefficient (A) and ball wear images (B) for 5W30 and 10W40 engine oils under point contact conditions.

After the friction test, the average ball wear in area contact was 1160 nm and 440 nm for 5W30 and 10W40, respectively. Such low wear behavior is comparable with the engine components. A combination of area contacts and Stribeck curve in a ball on disk test methods is effective in differentiating the engine oils based on its viscosity.

BRAKE PAD MATERIALS. Abrasive particles are used in brake pads to improve stopping performance and achieve durability. In this study, we investigated two types of brake pad materials, one with ZrO2 and another with K2Ti6O13 as abrasives. AK-Master test profiles were simulated in Ducom POD 4.0 using the advance motion controls in the motor. 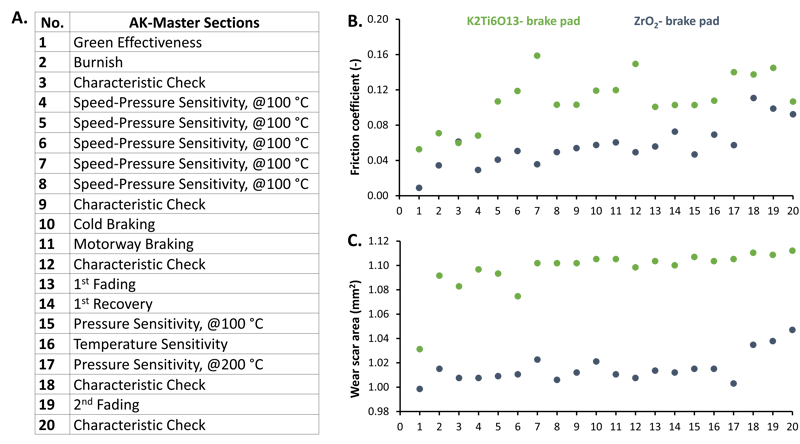 Third body layer was deposited only on ZrO2-brake pad material at the end of testing (refer to step 20 in Fig. 9). Finally, POD 4.0 helped in determining that ZrO2 is more abrasive and wear resistant compared to K2Ti6O13. Complete results were presented at NORDTRIB2018 (Poster).

TOOL BITS USED IN MINING. The shape of the drill bit can influence the total cut into rocks per meter of drilling. Here, we have friction and wear tested two geometries i.e. conical and hemispherical tool bits coated with polycrystalline diamonds (PDC) against a granite disk. Tests were performed at ambient temperature and at 500°C (see Fig. 10).

Figure 10. Friction coefficient as a function of sliding distance for hemispherical and conical PCD pins against granite disk at ambient (A) and 500 °C (B).

Figure 12. PoD 4.0 with heating furnace to control the temperature of top and bottom specimen at 1000°C. (A) Temperature profiles registered by three thermocouples (chamber, pin and disk) during the heating process. (B) Real time changes in the friction at RT and 1000°C. Error bars represent the standard deviation over tests on three different specimens.

The tribocorrosion module consists of a three-electrode electrochemical cell setup to measure potential and current. In this study, we have used the POD 4.0 with linear reciprocating module to evaluate the tribocorrosion behavior of a Zirconia ball (10 mm in diameter) loaded against a disk made of SS316L (60 mm in diameter, 15 mm thick). The normal load was 10 N, the stroke length was 10 mm, and the sliding velocity was kept at 20 mm/s (1 Hz frequency). The medium used was NaCl (3.5 wt%) at ambient temperature. The tribocorrosion test protocol was validated with multiple tests on same sample (see Fig. 14).

During the Stage I (about 5 minutes), only corrosion potential was measured (stabilization / passivation). During Stage II, the disk started reciprocating against the Zirconia ball initiating the destruction of the passive layer, enlargement of the wear track, enhancing corrosion and wear. After 30 minutes of friction and wear test, the relative motion stopped and a re-formation of the passive film was observed (Stage III).

ELECTRIC CONTACT RESISTANCE (ECR). ECR optional can be used to investigate the  failure of lubricant film, that leads to increase in the percentage of metal to metal contact. In this study, a 10 mm in diameter ball made of EN 52100 was loaded against a EN31 disk under rotary motion. The lubricant was Castrol oil GTX 20W50 and it was recirculated at 25 ml/min using an automatic lubrication system. The rotational speed was fixed at 200 rpm and the wear track diameter was 60 mm. The test was repeated at four different loads: 10N, 20N, 40N and 200N.  The total test duration was 30 minutes during which the contact potential (%) was acquire and displayed in real time (see Fig. 15).

According to the ASTM G99, a steel ball 10 mm in diameter was tested against a steel disk 42 mm in diameter, both made of AISI 52100.  The normal load was 10 N, the rotational speed was 60 rpm, the wear track diameter was 32 mm, and the relative humidity was 77 RH%. The test was performed at ambient temperature and the total duration of the test was 180 minutes. 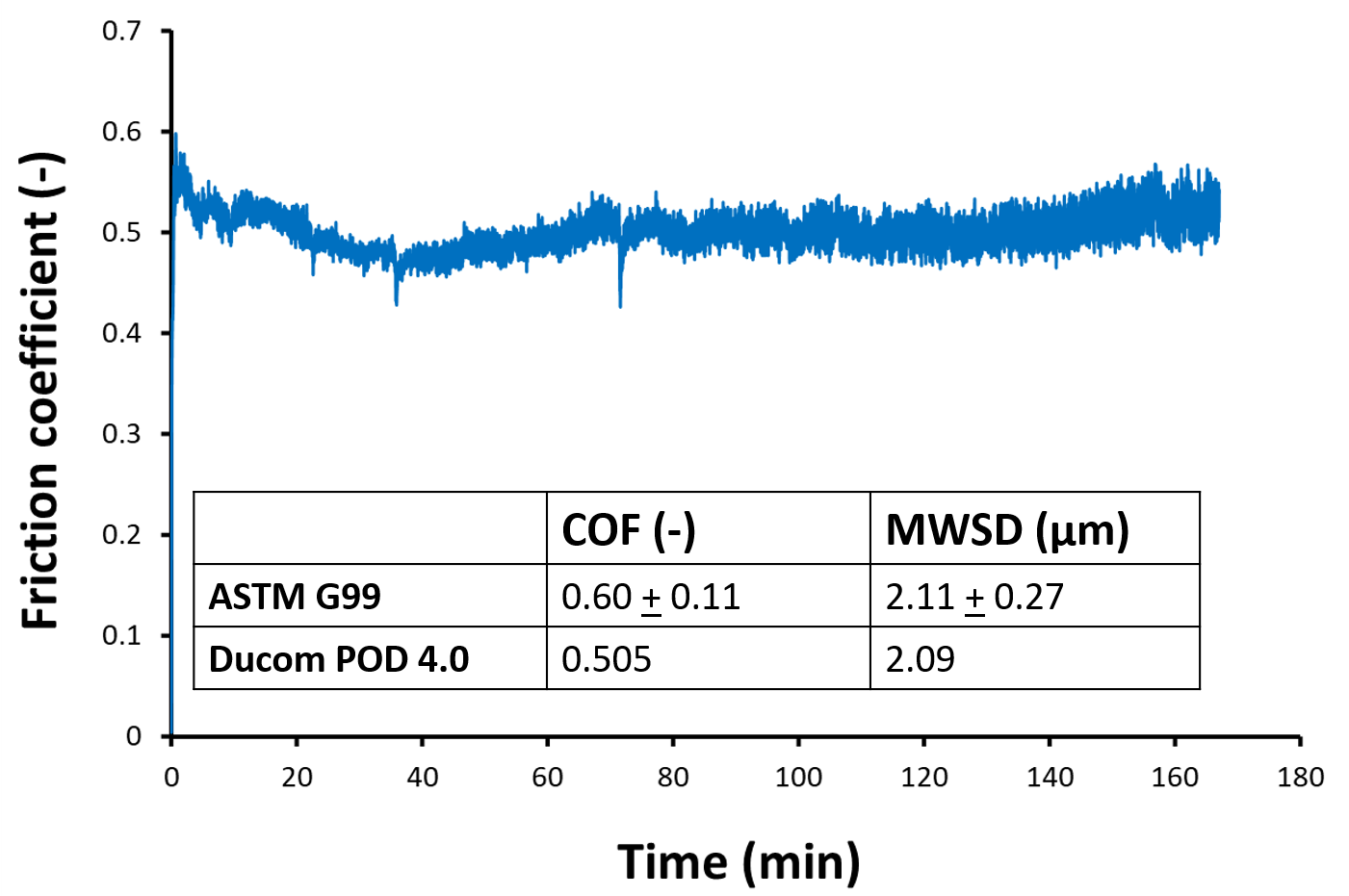 According to the ASTM G133, a Noralide NBD-200 ball (10 mm in diameter) was tested against a Silicon Nitride (SRBSN) disk under a normal load of 25N and a reciprocating frequency of 5 Hz. The stroke length was 10 mm. The test was performed at ambient temperature and the total duration of the test was 16 minutes.

Ducom Multi Capability Tribometer POD 4.0 is a workhorse of several tribology labs that can be used to screen materials for various applications relevant for lubricants, mining, automotive  and other fundamental research.