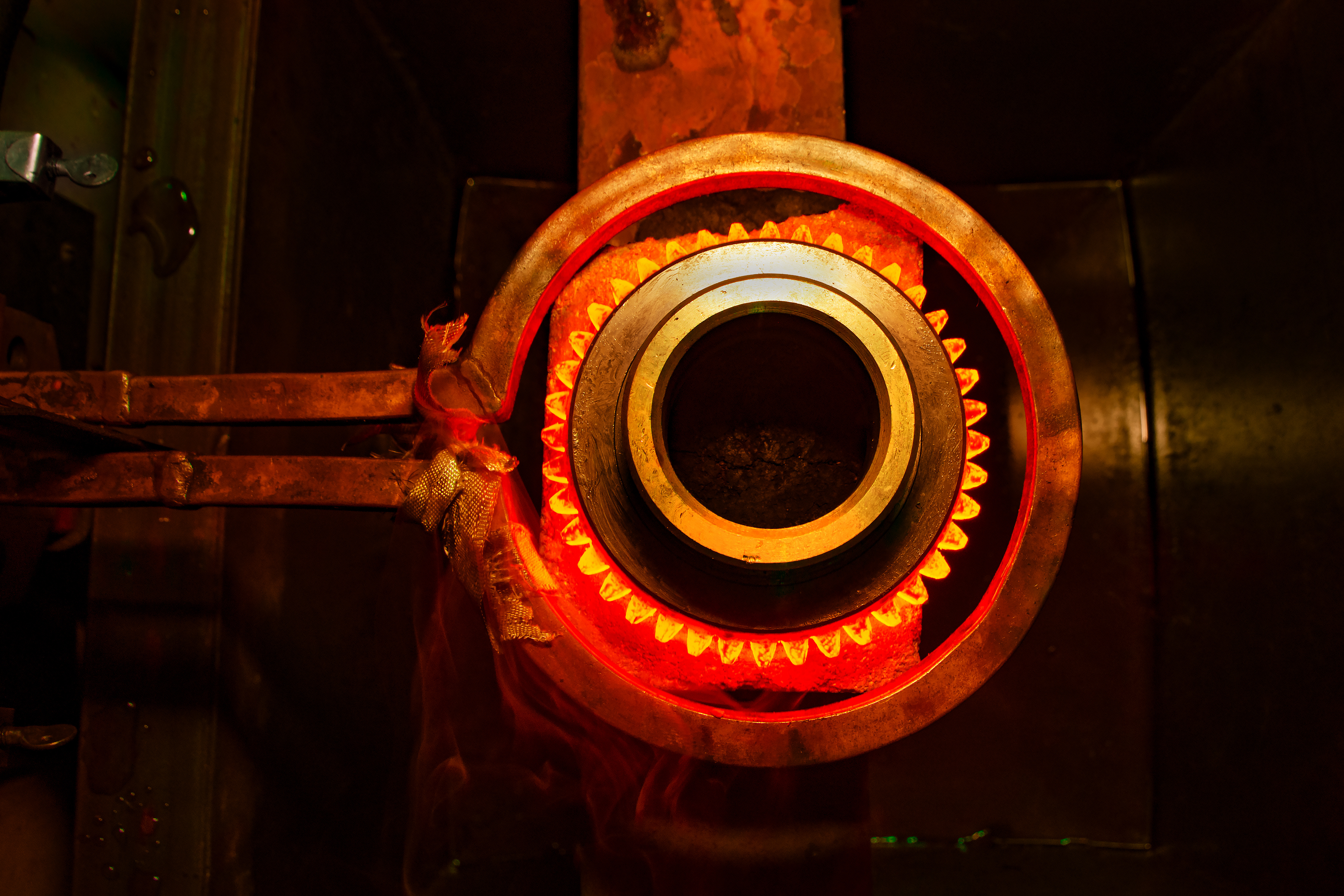 Ducom's automated benchtop four ball tester, FBT-3, has disrupted the conventional lubricants testing for its EP and WP behavior. FBT-3 has delivered convenience, power, precision and aesthetics that was unimaginable and superior to conventional four ball testers. It is well known that steel contacts and extreme pressure in FBT-3 does not resemble several real conditions in the field. However, FBT-3 offers many sophisticated and precision test methods to investigate oil life. We are actively innovating new features that lead to precision test methods. In this regard, we have a breakthrough development in FBT-3, for the oils and grease in critical machine elements operating above 200 deg C.

FBT-3 delivers all the customer perceived benefits without compromising with the legacy data in the users lab. How did we do it ? The challenge was to design the high temperature module without affecting the patented friction torque measurement system, automation features, compactness and ease of operation associated with FBT-3. During the design validation phase, the advanced thermal analysis of FBT-3 assembly helped identify the 'hotspots' and safe operating envelope (see Fig. 1A). A compact close loop feedback controlled thermal management unit was developed to achieve and sustain 200 deg C (see Fig 1B).

Fig 1.  Images depict the design validation and testing stages in Ducom product development strategy . Advanced thermal analysis of components in FBT-3 (A, extreme left), the materials and components qualified through thermal analysis were used in manufacturing the thermal management unit (B, extreme right).

The performance of the thermal management unit was extensively tested using different lubricants. Here we report one such test on an ISO VG100 ester oil. Table 2 describes the test parameters used in this study. 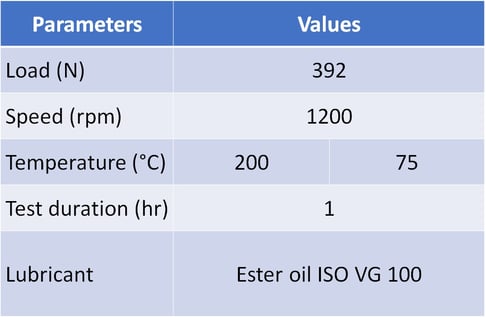 Coefficient of friction  and mean wear scar diameter from this study is reported in Figure 3 and 4. The ester oil showed lower coefficient of friction and higher wear  at 200 deg C compared to 75 deg C. The results indicate that at high temperature the ester oil has poor wear resistance however there is an improvement in its friction resistance. This can be attributed to unstable fatty acid layers that are easy to breakdown, resulting in low resistance to friction, and poor wear resistance. 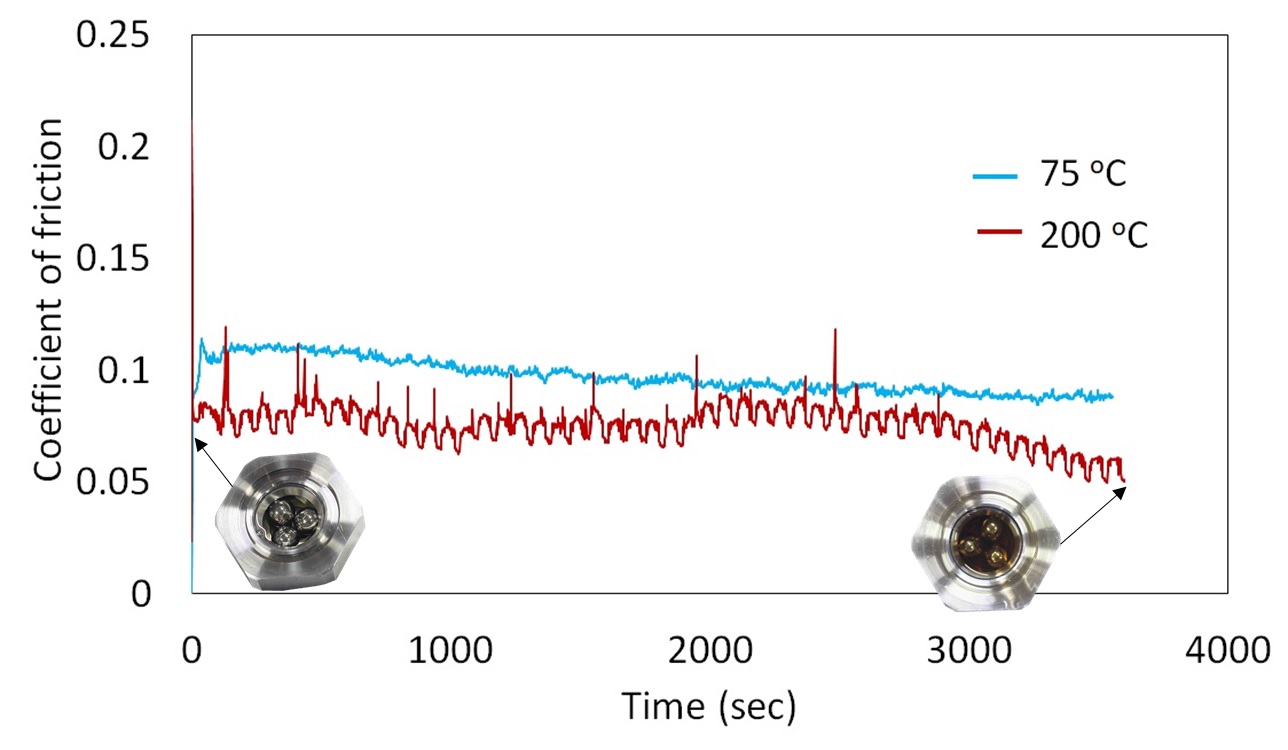 In conclusion, FBT-3 with a 200 deg C heating unit can maintain a stable temperature and load as per standard test conditions. The advanced thermal management system protects the critical components in the FBT-3, that results in low maintenance and service cost for the customers.

According to Arrhenius rate, every 10 to 20 deg C of  increase in temperature can cut the oil life by half. Therefore, FBT-3 with 200 deg C can be very useful in screening of high performance additives designed for improving the oil life.

FBT-3 will improve the rate at which the lubricants are formulated for critical machine elements operating at high temperature ( 200 deg C or 450 deg C).

What problems can you solve and what would you do with a 200 deg C FBT ? We are excited to hear from you. Drop us a note