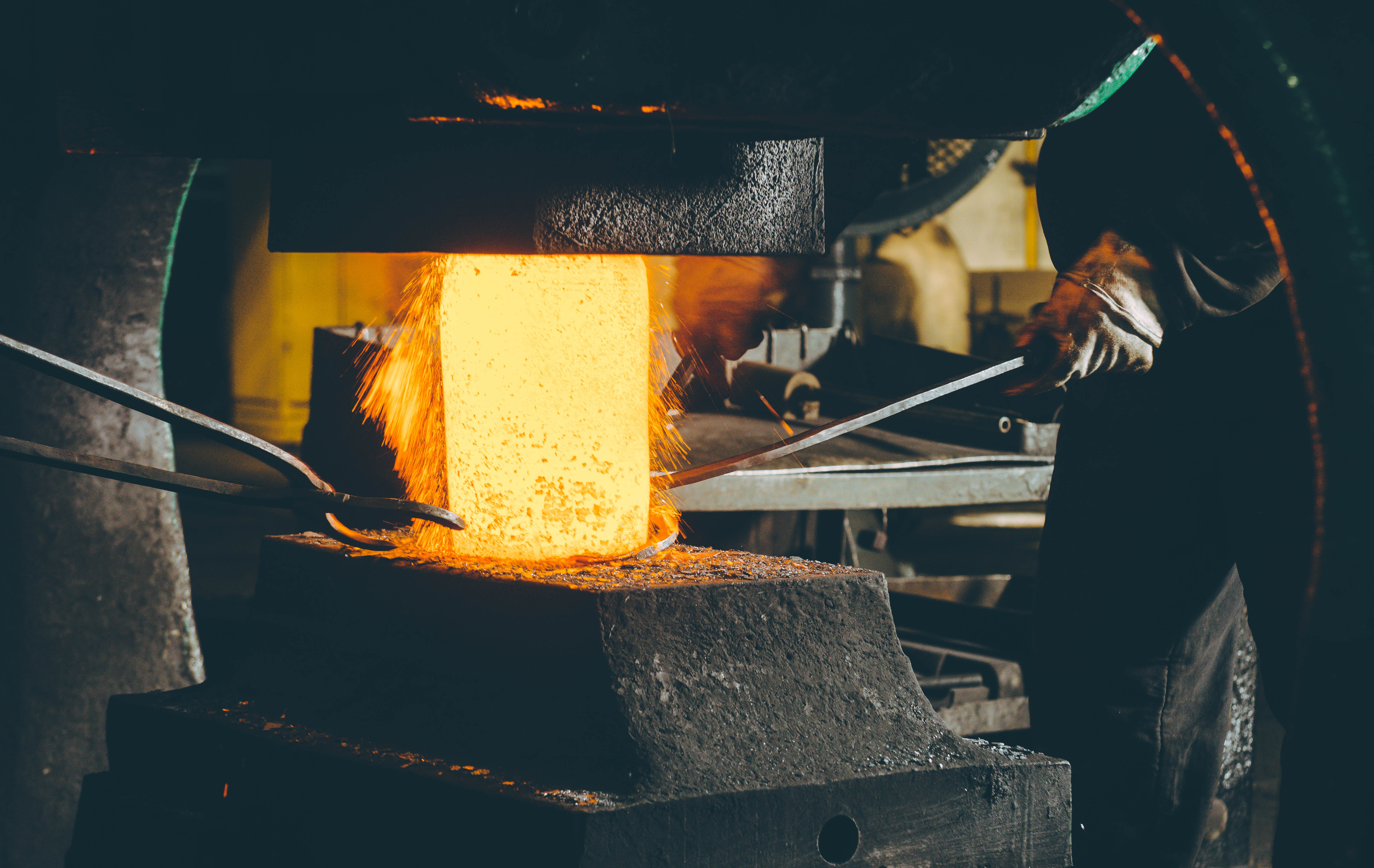 "Ducom Metal Forming Tribometer is a unique facility capable of producing conditions close to hot stamping operations. Luleå University of Technology collaborates with leading hot forming industries and the availability of Ducom tribometer for this application is an important part of the knowledge and infrastructure platform for scientific studies and developing industrial technological solutions" - Prof. Jens Hardell, Lulea University, Sweden:

Automotive industry continues to develop cars that are lighter, stronger, and cost effective to manufacture using advanced high strength steels (ex. 22MnB5). Hot stamping is used to manufacture vehicle components by pressing steel blank (Al-Si, Zn-Ni coatings) above 900 deg C between closed dies (H13 steel) to get the final shape (Figure 1A). It is known that Volvo has approximately 40 % of its vehicle weight made of hot stamped steel. High temperatures cause excessive friction and wear between the workpiece and die tools driven by adhesive, abrasive and oxidative wear (Figure 1B). This results in failures e.g., poor surface finish and component fracture as well as galling of the die due to excessive adhesion.

"Understanding high temperature friction and wear between workpiece and die tool is important to mitigate the risks associated with hot forming operations."

Different lab instruments have been used to evaluate hot forming tribology in line with the general operating conditions highlighted in Table 1. These can be grouped into conventional tribometers (pin on disc and linear reciprocating) and advanced tribometers (flat on slider or strip draw).

Figure 2. Illustration representing the material transfer depending on the contact conditions, affecting the friction coefficient determined by conventional tribometers (A, B) and advanced tribometer (C).

As shown in Figure 3, the friction curve for specific materials, tested in either rotary tribometer or linear reciprocating tribometer, showed that friction decreases over an increase in temperature. This is due to the structural arrangement of lubricious oxide layers during the repetitive contact between workpiece and tool. Whereas, the friction increased over an increase in temperature, due to fresh workpiece and tool in advanced tribometer. Further increase in temperature lead to significant material transfer due to adhesion and galling, as represented by a jump in friction in advanced tribometer. This has made strip tests (aka draw tests, flat on slider tests) the “de-facto standard” used by leading car and automotive steel manufacturers and companies offering hot stamping process simulation platforms. 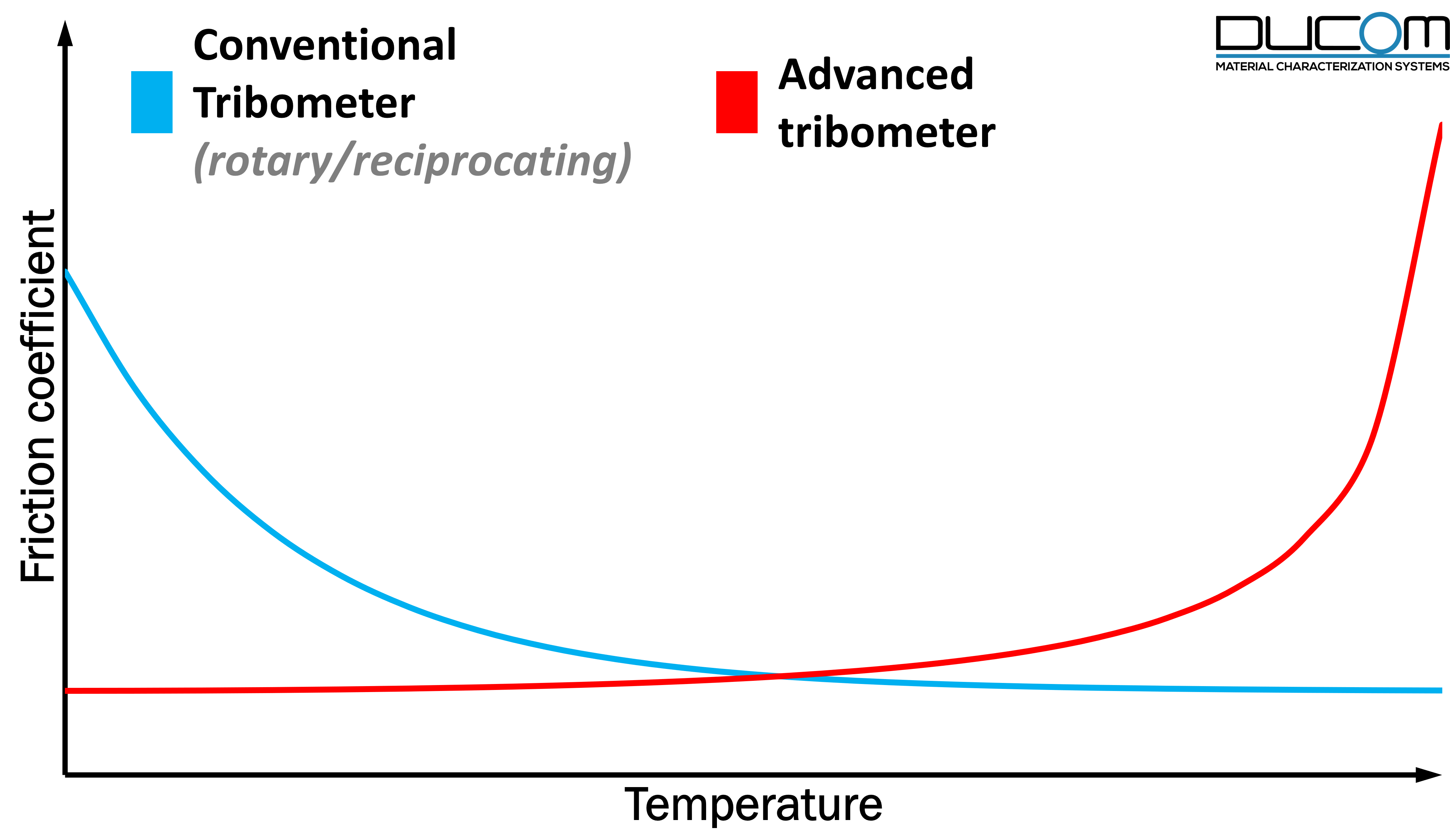 The workpiece in the form of a strip is pre-tensioned (FP) and can be heated up to 1000 °C using resistive heating. The die tool assembly in the form of blocks is press against the strip from both sides using automated loading. The die tools are supported on a moving assembly which slides on the hot strip workpiece under constant load. The friction force (FF) is measured in real time by taking into account the difference between pretension force and sliding force (FS). An in-line displacement sensor allows for evaluation of wear (Figure 4 ).  Real time changes in the plastic deformation and friction force from Metal Forming Tribometer is used in designing the die tools and lubricants used in metal forming.

Although Metal Forming Tribometer has its advantages over Pin on Disk, the versatile capabilities in Pin on disk can be useful for academic research purposes. Ducom PoD 4.0 continues to be the work horse of several tribology labs. 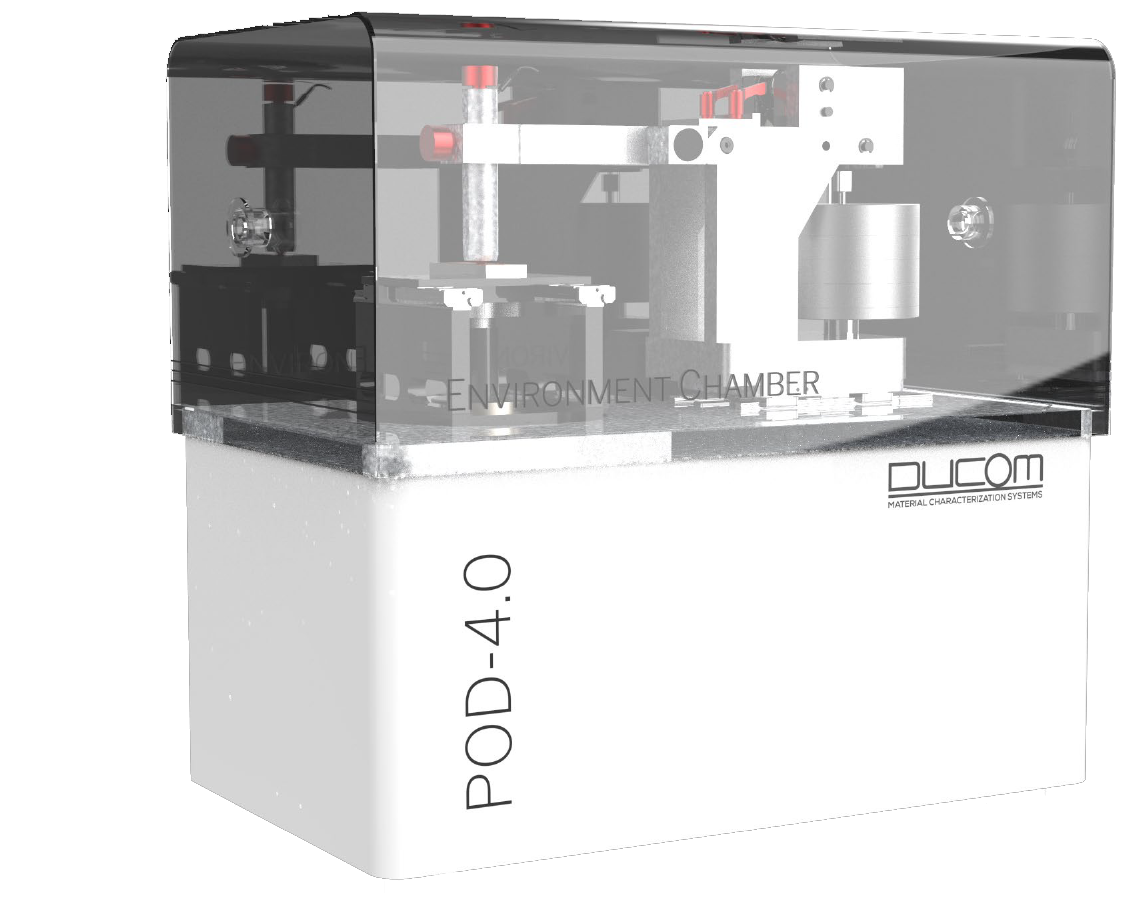 Ducom PoD 4.0 embedded with smart sensors is used for friction and wear tests at high temperature ( up to 1000 deg C).