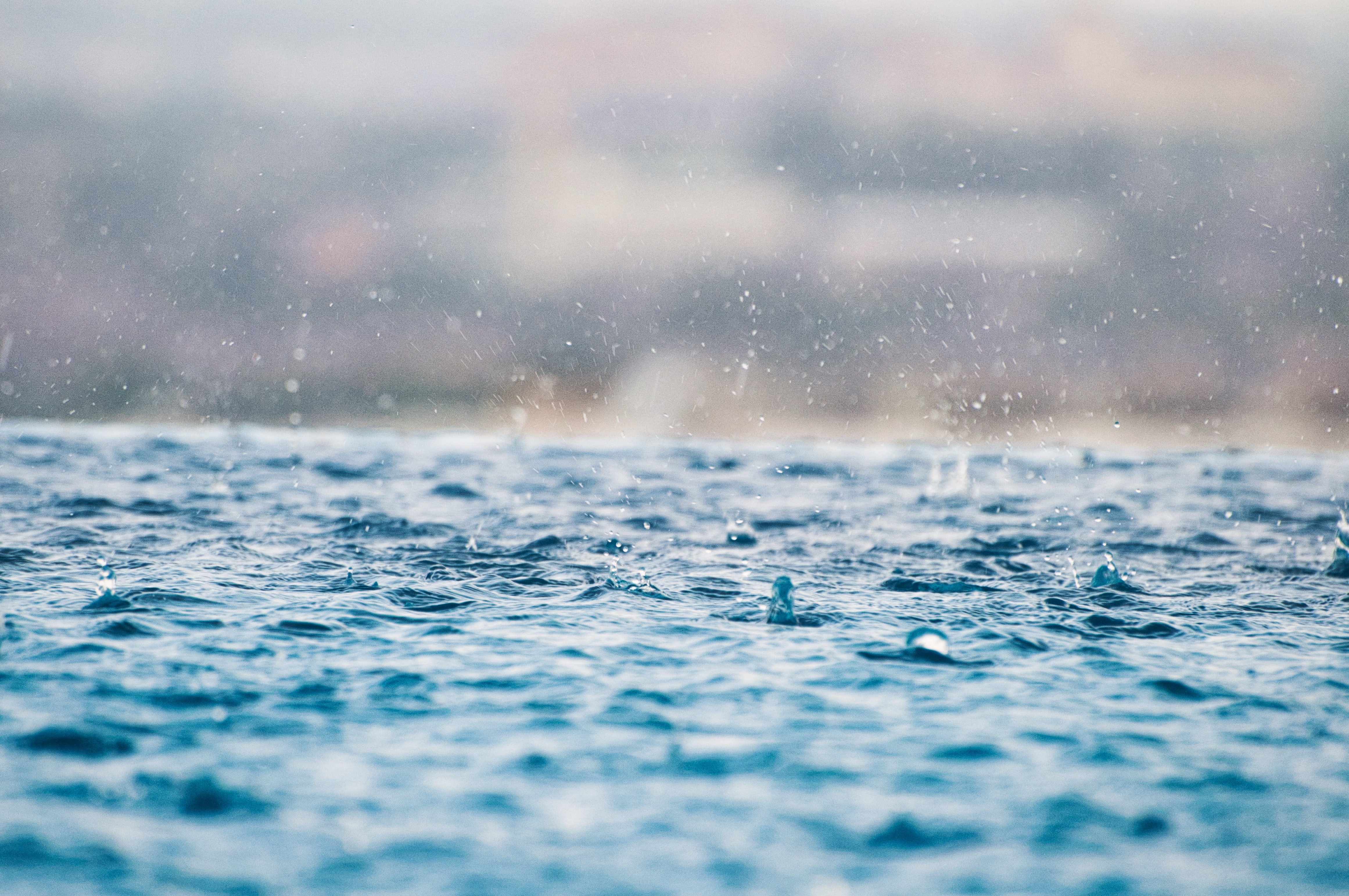 Wind turbine rotors have become colossal with lengths, L, exceeding 100m and it can generate 15 MW power per turbine i.e., swept areas approx. 7 football fields. Rainfall can damage the leading edges with an intensity proportional to L≥5 governed by the impact mechanics of drops striking the rotor tips at a velocity as high as 150 m/sec (offshore installations). Such leading edge erosion increases the drag force by 50 to 400% and it can reduce the AEP (annualized energy production) by 5 to 20%. If this is left unchecked, erosive wear can rupture the underlying laminate leading to rotor failure. Moreover, repair and maintenance cost can be as high as 30% of the LCoE (Levelised Cost of Electricity). Both new materials and repair processes, along with the predictive models for scheduling maintenance are crucial for wind energy production. Can Ducom rain/water drop erosion tester (WDE) optimize energy production by enabling coatings that mitigate erosion?

The infographics in figure 1 depicts the impact mechanics (double pressure points) and resulting stress waves or Rayleigh waves that can cause erosion damage to initiate and progress with successive impacts. 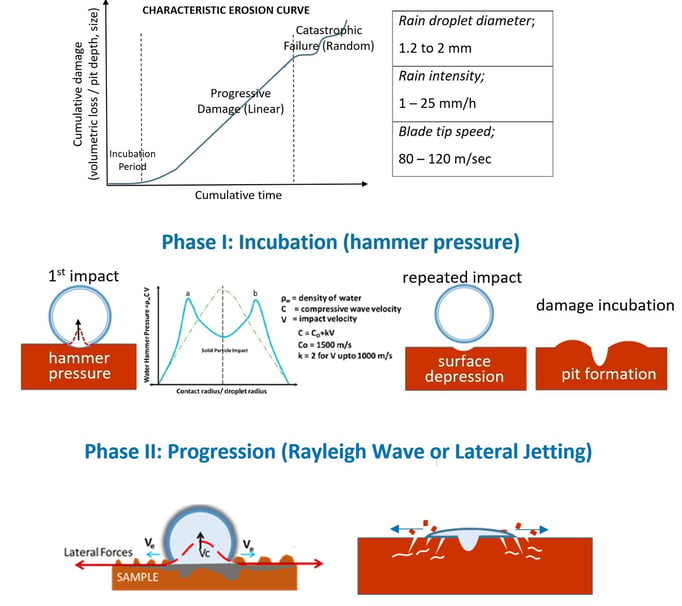 Figure 1. Characteristic erosion curve showing incubation and progression phases. In the incubation phase, hammer pressures can be as high as 500 MPa leading to pit formation and deepening after multiple impacts. During the progression phase, Rayleigh waves cause lateral shear damage and expansion of the pit.

An important metric is characteristic erosion curve showing the incubation and progression phases. (Note -  longer damage incubation period and slow damage progression indicates superior coatings that can result in higher capacity factor). A good rain erosion tester should establish this curve with accurate control over the impact speed, number of impacts (rain intensity) and angle of attack. Ducom water droplet erosion tester (WDE) allows controlled impact speeds (25 to 250 m/sec), number of repetitive impacts (up to 100 Hz) and X-Y-θ stage for translation and inclination of sample relative to the high velocity drop. Hence it holds a unique advantage over whirling arm testers, though both comply with ASTM G73. How has such a facility enabled solutions for leading edge erosion ?

Prof. Julie and her research team at Technical University Delft (Netherlands) have established the damage incubation characteristics of leading edge coatings using Ducom water drop erosion tester. Such experimental data has been used to develop and validate predictive models for fatigue, as described below.

1. Wohler slope and ultimate tensile strength are established material parameters to determine erosive strength. Tests are conducted at different velocities to record the number of impacts to damage incubation as per the guidelines mentioned in DNVGL-RP-0171, testing or rotor blade erosion protection systems. Damage initiation is identified as either a ring-like surface deformation feature or pit on the sample based on the hammer pressure mechanics (Figure 1). The slope of the plot or Wohler slope (Figure 2), is a characteristic material property, that is then used to compute erosive strength, S. 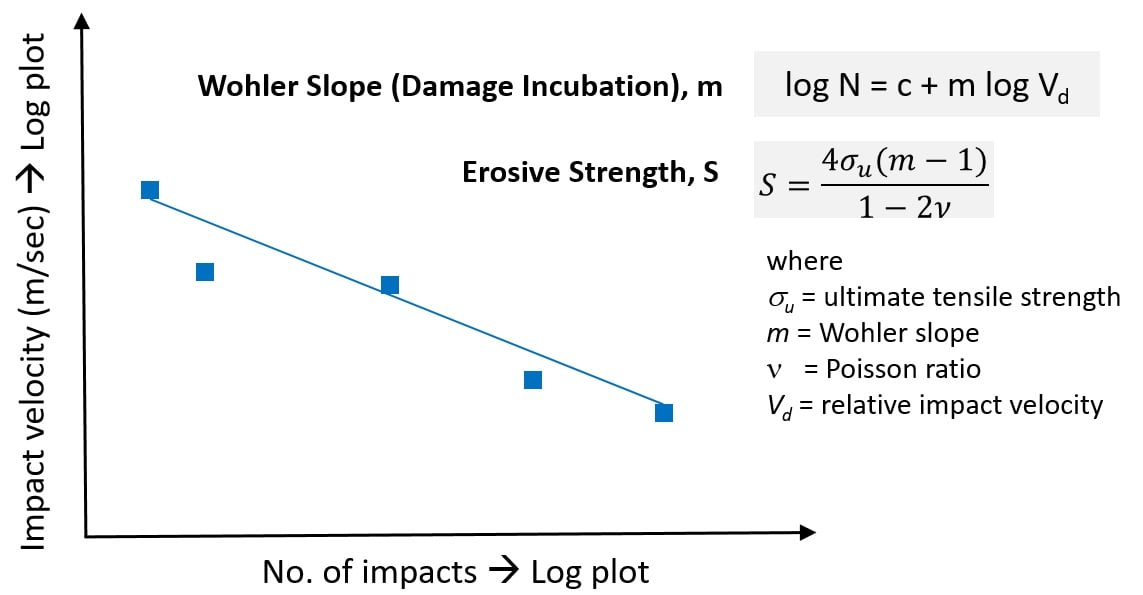 Figure 2. Experimental data from Ducom water drop erosion tester of number of impacts to damage incubation vs. drop velocity. The slope of this log-log plot, Wohler slope m, is an important coating property that is used to calculate its erosive strength, S.

2. Springer's surface fatigue model is an accepted predictive methodology for evaluating short term erosion damage. The erosive strength of coatings, S, described in the previous section is a key material property input.  Figure 3. shows the estimates from experimental data and its excellent fit with the Springer's surface fatigue model. Such validation of physics-based models with accurate experimental data is an important step in building reliable stochastic models for predicting damage in the field. 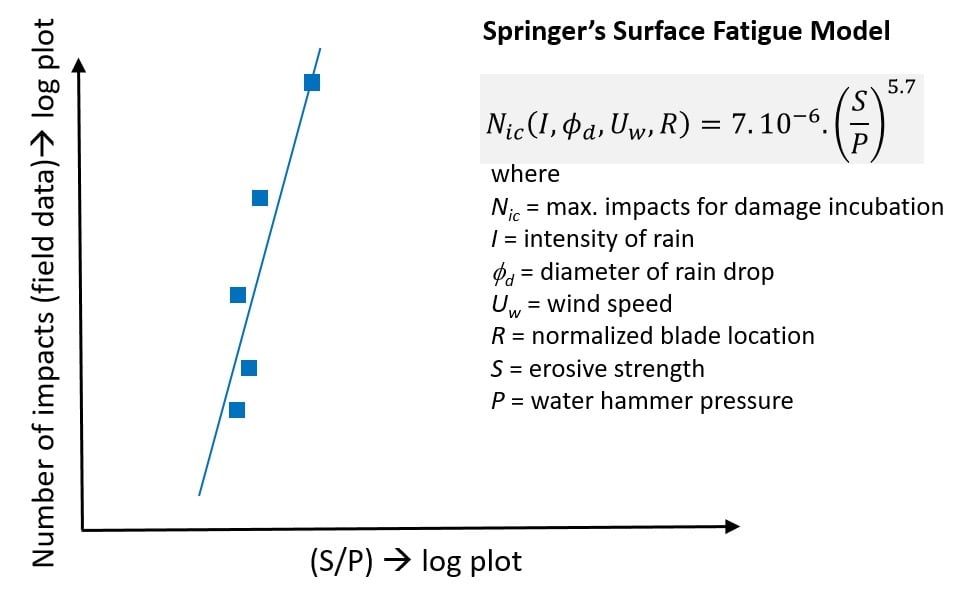 Further details on the surface damage of samples tested in Ducom WDE and damage models developed using the experimental data can be read in the published article. 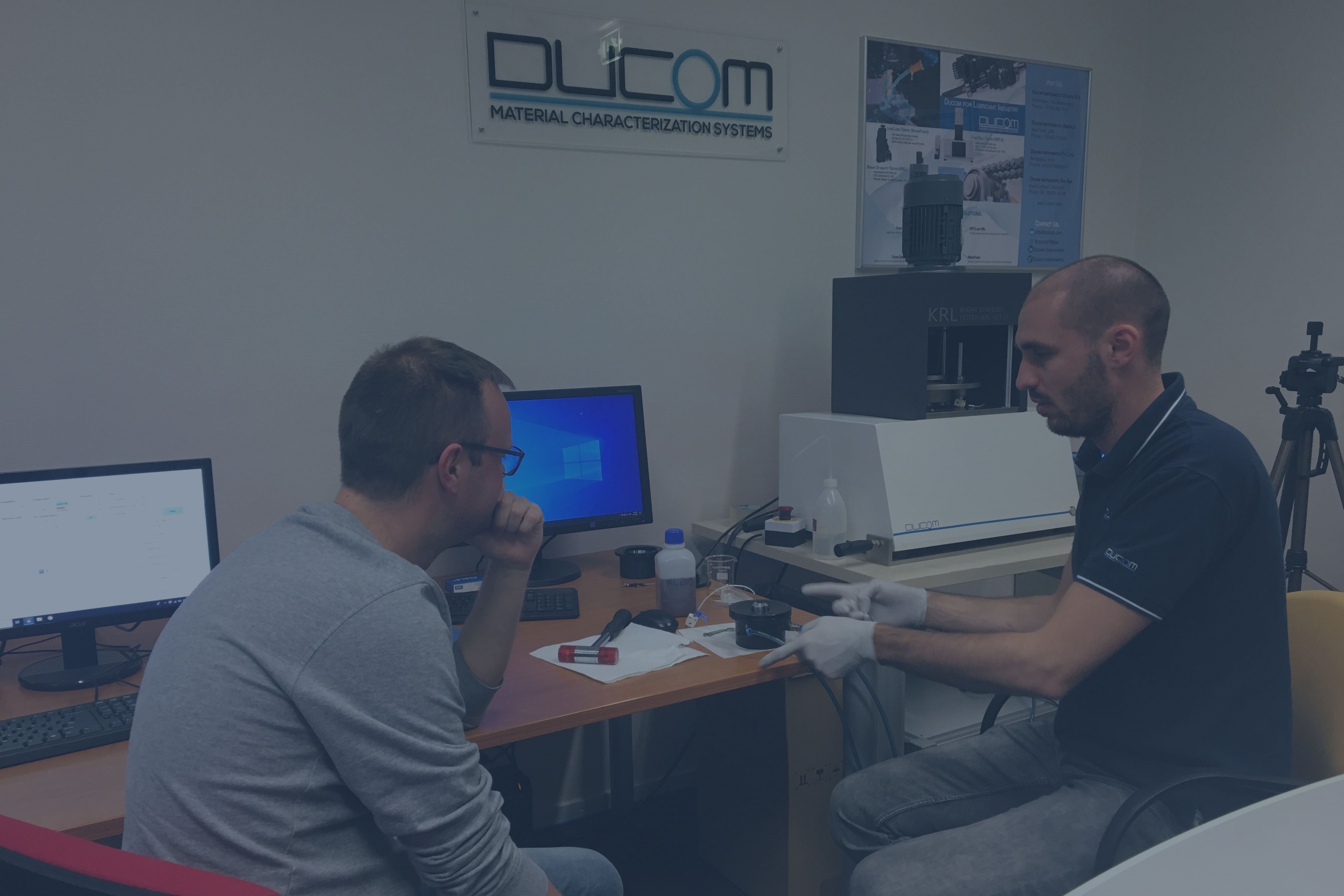 Previous Story
← Evaluation of erosion behavior of thermal barrier coatings
Next Story
Can the BioTribometer be a precursor to joint simulators? →

These Stories on wear