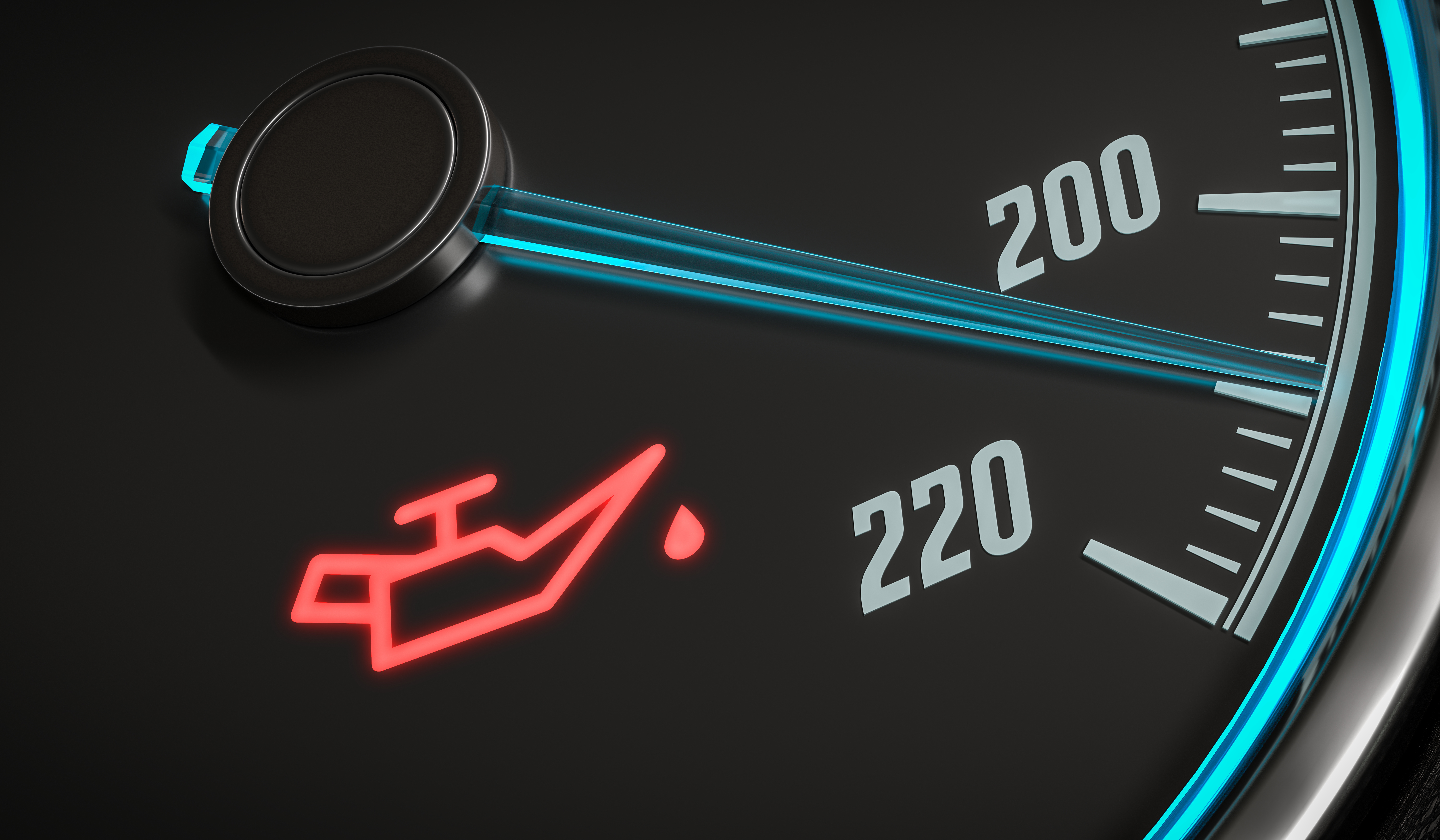 Oil Aging: How to Investigate the Inevitable in the Lab ?

Automotive manufacturers suggest that the transmission oil to be replaced after every 60,000 to 100,000 km, as the oil ages or degrades over time. The problem with degraded oil is that it has poor lubricity behavior that affects the life of transmission components. This is due to  depletion of additives (Anti-wear (AW), Extreme Pressure (EP) and Viscosity Index Improvers (VII's), the increase in oxidation and poor resistance to contaminants like water and particulate matters. 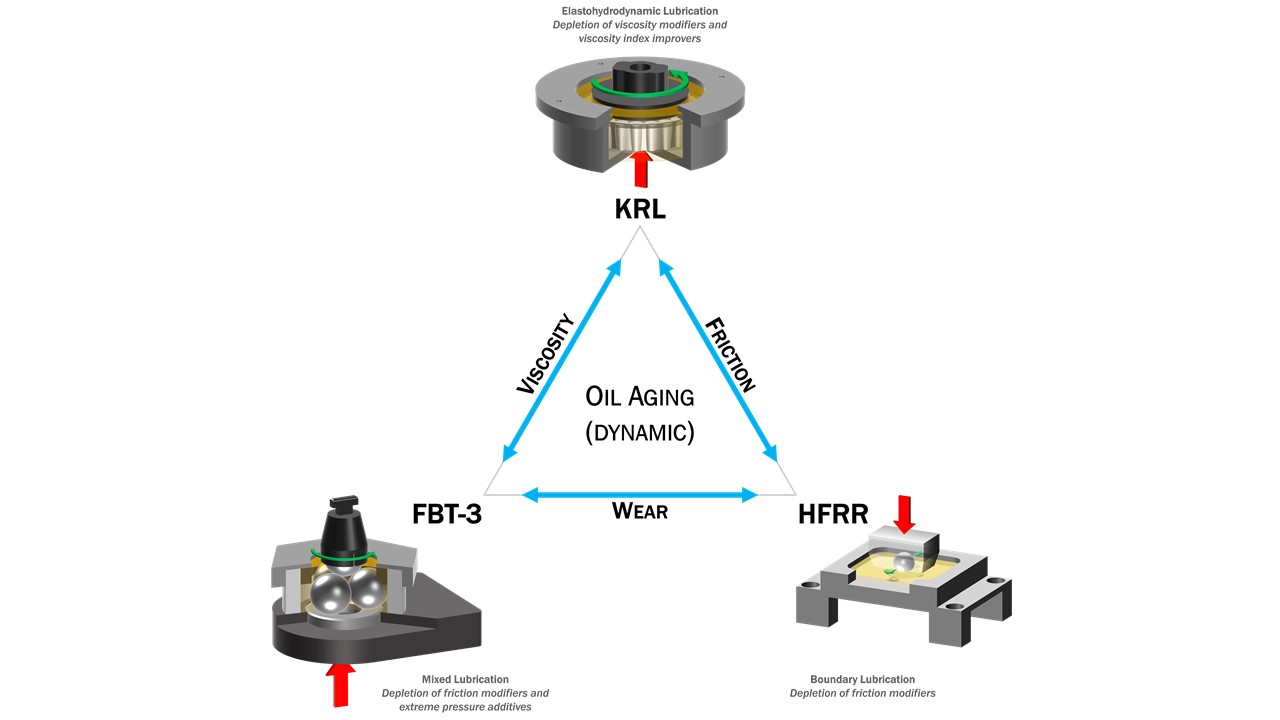 Figure 1. Ducom developed dynamic oil aging test protocol in the lab. KRL was used to age the oil and this oil was tested for its friction and wear behavior using FBT-3 and HFRR.

For decades, the lubrication engineers have relied on lab tests for artificially aging the oils . For example,  ASTM D 2893 is a  lab test method where the oil in a clean glass test tube is oxidized by heating (95 °C or 121 °C) in an oil bath, under a controlled flow of dry air. Tthe change in color of the test tube and the increase in kinematic viscosity are used as evidences for degraded transmission oil. Furthermore, the total acid number (TAN, percentage change in KOH/g) can be measured to highlight the depletion of AW/EP additives. However, this is a static aging test, i.e. oil is not sheared mechanically, as observed in a transmission system. Moreover, there is no correlation or comparison between lab oxidation and field oxidation results. Although static aging is repeatable, it may not be reliable.

In this study, we have attempted a dynamic oil aging in the lab. This involves significant mechanical shearing, by using Ducom KRL Shear Stability Tester. KRL was selected due to its ability to simulate viscosity loss of oil in a transmission system. We suspect that additives in the KRL aged oils are severely depleted. This hypothesis will be experimentally determined by measuring its wear in mixed lubrication and boundary lubrication using Four Ball Tester /FBT-3 and High Frequency Reciprocating Rig / HFRR (see Figure 1, Ref: “Emerging Technologies Advance Traditional Condition Monitoring Techniques”, TLT Magazine, STLE, December 2019).

Oil Aging (dynamic) using KRL: Ducom KRL Shear Stability Tester (see Figure 2) is a table-top instrument that is recognized by CEC L-45-99, it is fitted with an automatic pneumatic loading system and precision temperature control system that provides superior user convenience. Moreover, it is equipped with more sensors (Ex. In situ friction) than any other KRL system in the market, that offers stability during long duration tests (more than 200 h).

Ducom KRL shear stability tester was validated for its compliance with CEC L-45-99 using the reference fluid RL 209 (see Figure S1). After the validation the Shell or Castrol oil was sheared for 100 h according to our protocol (see Figure S2). The viscosity of oil before and after KRL aging was measured to determine the viscosity loss. 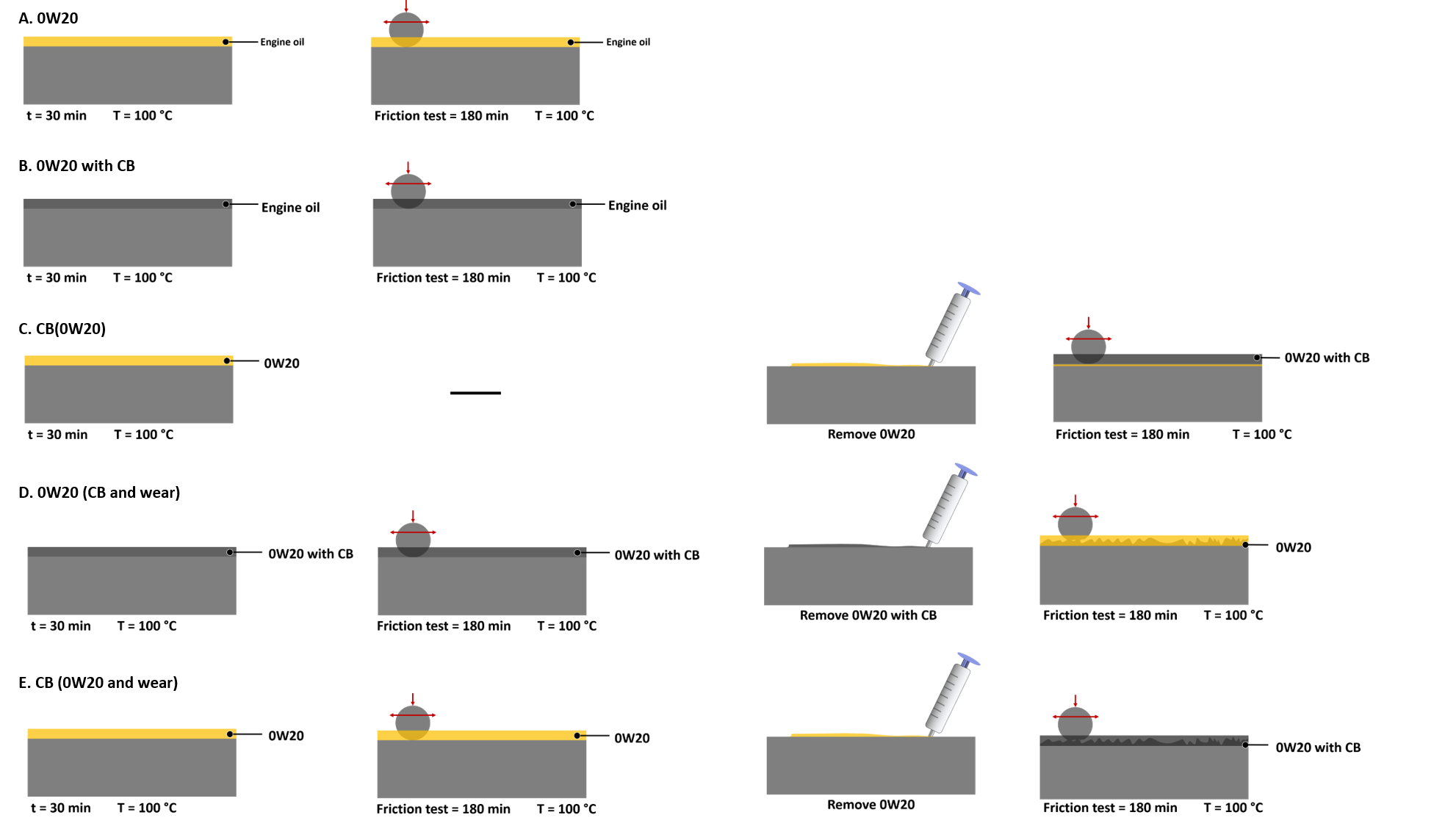 Friction and AW test in FBT-3: Ducom FBT-3 complies with ASTM, DIN and IP standards, with a maximum load capacity of to 10 kN. The pneumatic loading system, pre-built test standards and post-test in vivo wear measurement system has simplified the user experience for the maximum convenience.

Ducom HFRR was validated against Reference Fluid A , as described in this study. After HFRR validation tests, the Castrol and Shell oil  (Fresh and KRL aged)was tested according to ASTM D6079. HFRR determined friction coefficient (CoF) and mean wear scar diameter (MWSD) were reported.

Interpreting wear behavior of aged oil: In several literature, the extent of oil aging was related to severe oxidation of additives, that have resulted in improved wear resistance of engine oil (Ex. "Characterization of anti-wear films formed from fresh and aged engine oils", Wear, 2007) and gear oil (Ex. "Influence of Lubricant Aging on Gear Performance", report by Borg Warner and Gear Research Center FZG). Therefore, we assume that lower wear or MWSD in FBT-3 and HFRR can indicate severity of oxidation anti-wear additives in KRL aged oil.

In Figure 3 (spider web network diagram), we compare all the six variables that were used to differentiate Shell Spirax from Castrol Axle. Similar analysis was also performed on RL 209, as a reference (see Figure S4). The viscosity loss for Castrol oil was smaller compared to Shell Spirax (also see Figure S5). This is an indication that Shell was severely aged compared to Castrol. Note: This difference between Shell and Castrol was also confirmed in oven aged testing (Figure 3). 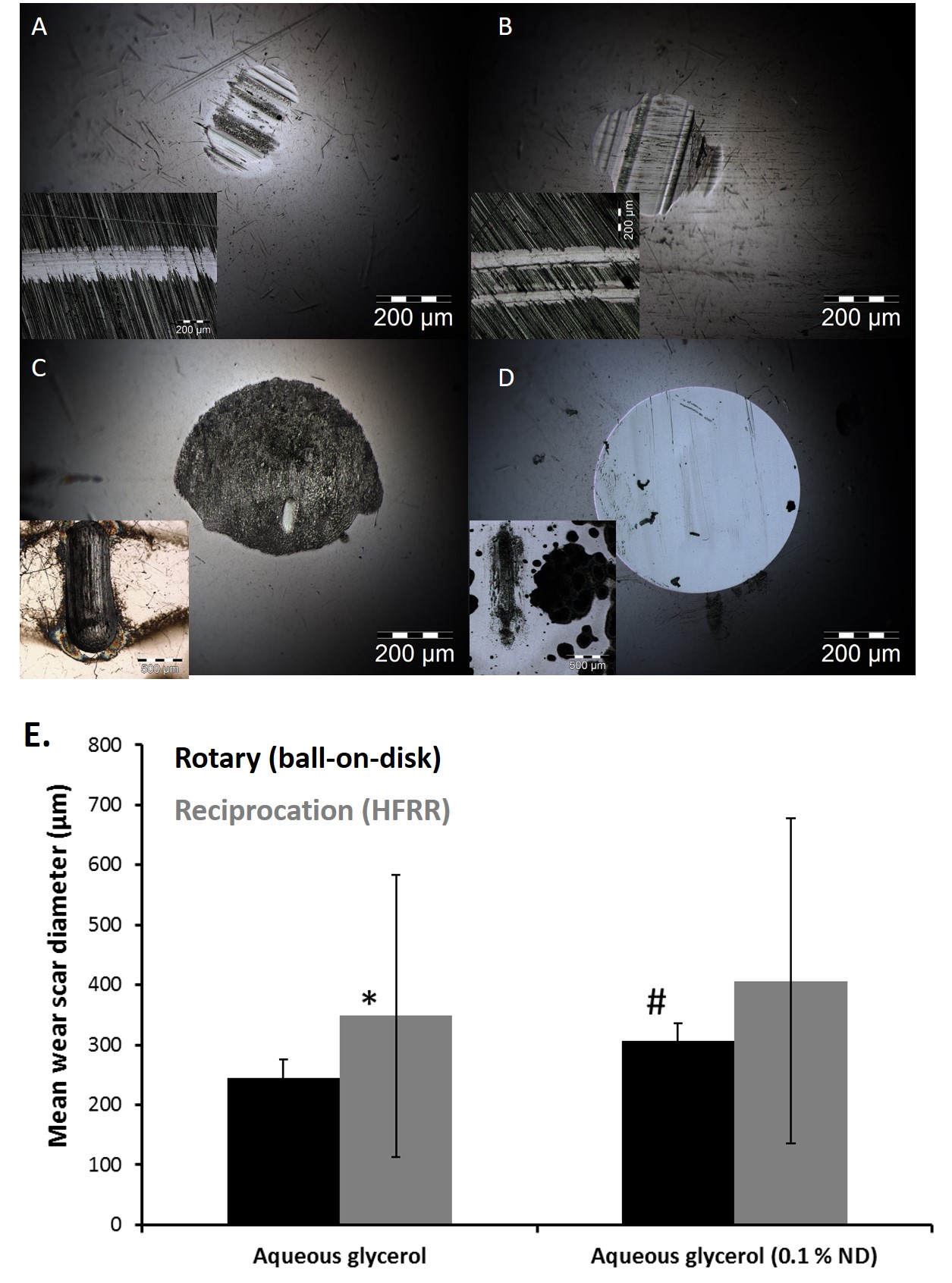 Figure 3. Tribological and physical parameters of fresh, KRL-aged and oven-aged Shell Spirax and Castrol Axle. Each parameter is represented as a percentage of the value shown by the fresh oil for that parameter. The molecular weight (Mn) was determined by Gel Permeation Chromatography (GPC), the degradation temperature (onset temperature) was determined by Thermogravimetric Analysis (TGA). Please contact us if you need more information about GPC and TGA techniques.

Changes in AW and Friction: In  FBT-3, under mixed lubrication test, the KRL aged shell Spirax showed higher friction and lower wear. And, the friction behavior of Castrol was not affected due to aging in KRL or oven. According to the FBT-3 test of KRL aged oils, Castrol fared better than Shell (refer to Figure 3).

In HFRR, under the boundary lubrication test, the friction behavior of Shell and Castrol was not influenced by KRL aging. However, the wear behavior of both oils was affected. KRL-aged Shell oil showed lower wear compared to KRL-aged Castrol. Since lower wear indicates oxidation of additives, it can be concluded that Castrol fared better than Shell in HFRR test.

Note: TAN and element concentration analysis (P, ZN, S) is to be conducted to support our claim that additives have oxidized due to KRL aging, which a precursor to sever depletion of additives.

Conclusions: In this study, the Castrol and Shell transmission oils were subjected to same KRL aging protocol developed by Ducom. Interestingly, the Castrol oil stayed “younger” than the Shell, and as a result the friction and anti-wear additives in Castrol Axle were more stable than the additives in Shell Spirax. 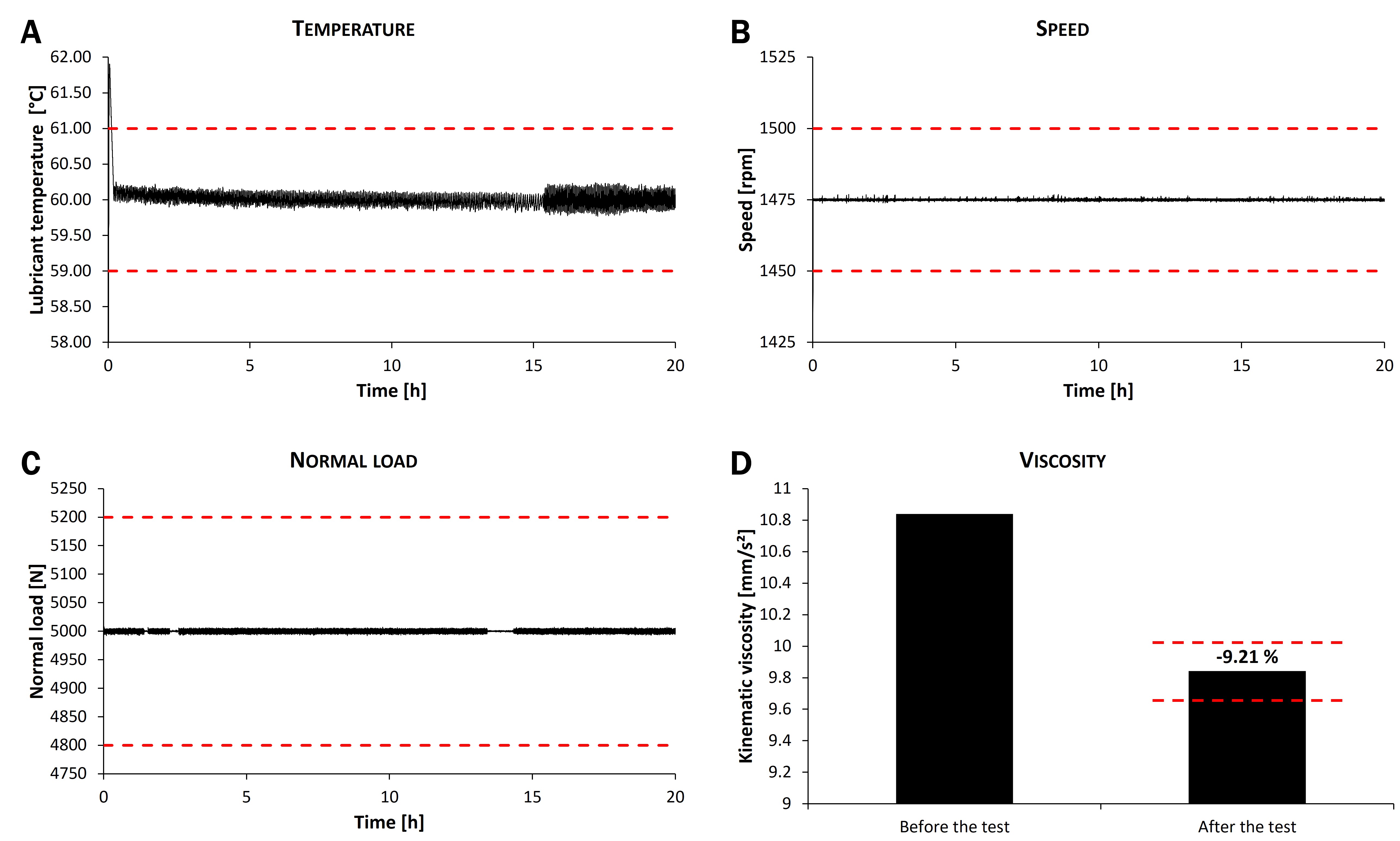 Figure S1. KRL validation test according to CEC L45-99. Real time changes in (A) lubricant temperature, (B) rotating speed and (C) normal load over time for a test run with reference fluid RL 209. The kinematic viscosity measurements are shown in (D). The  red dotted lines represent the upper and lower limits set by standard CEC L-45-99. 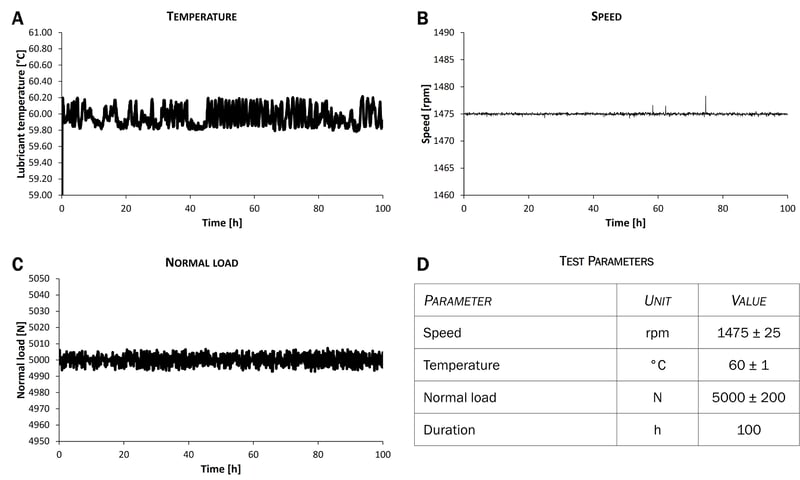 Figure S2. Description of operating parameters used for KRL aging. Real time changes in lubricant temperature (A), rotating speed (B) and normal load (C) for a test run according to KRL aging protocol. 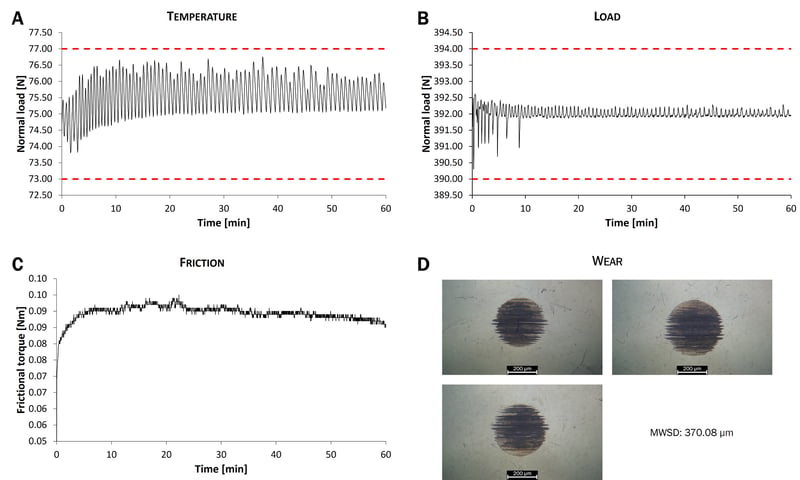 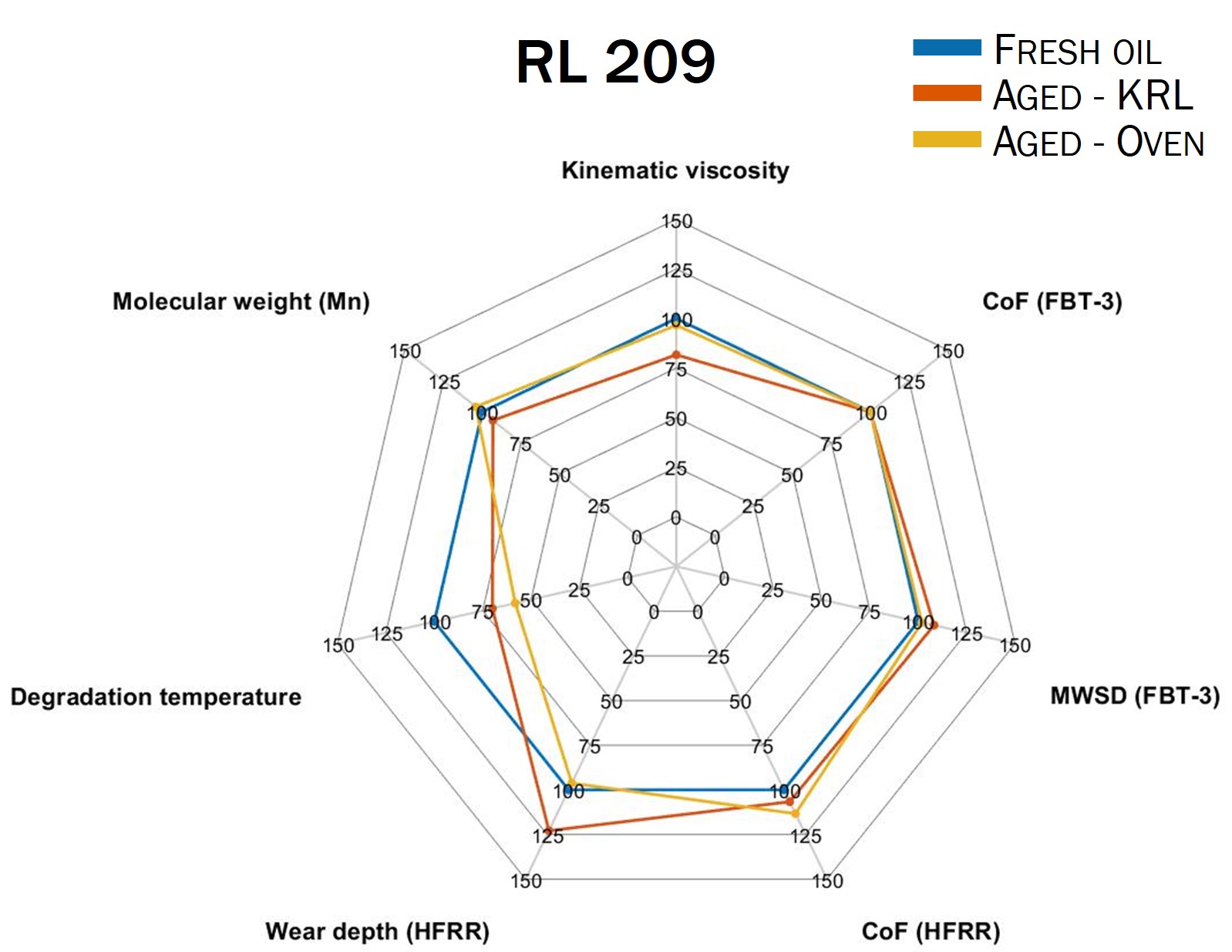 Figure S4. Changes in tribological and physical parameters of RL 209 - fresh, KRL-aged and oven-aged. Each parameter is represented as a percentage of the value shown by the fresh oil for that parameter. The molecular weight (Mn) was determined by Gel Permeation Chromatography (GPC), the degradation temperature (onset temperature) was determined by Thermogravimetric Analysis(TGA). 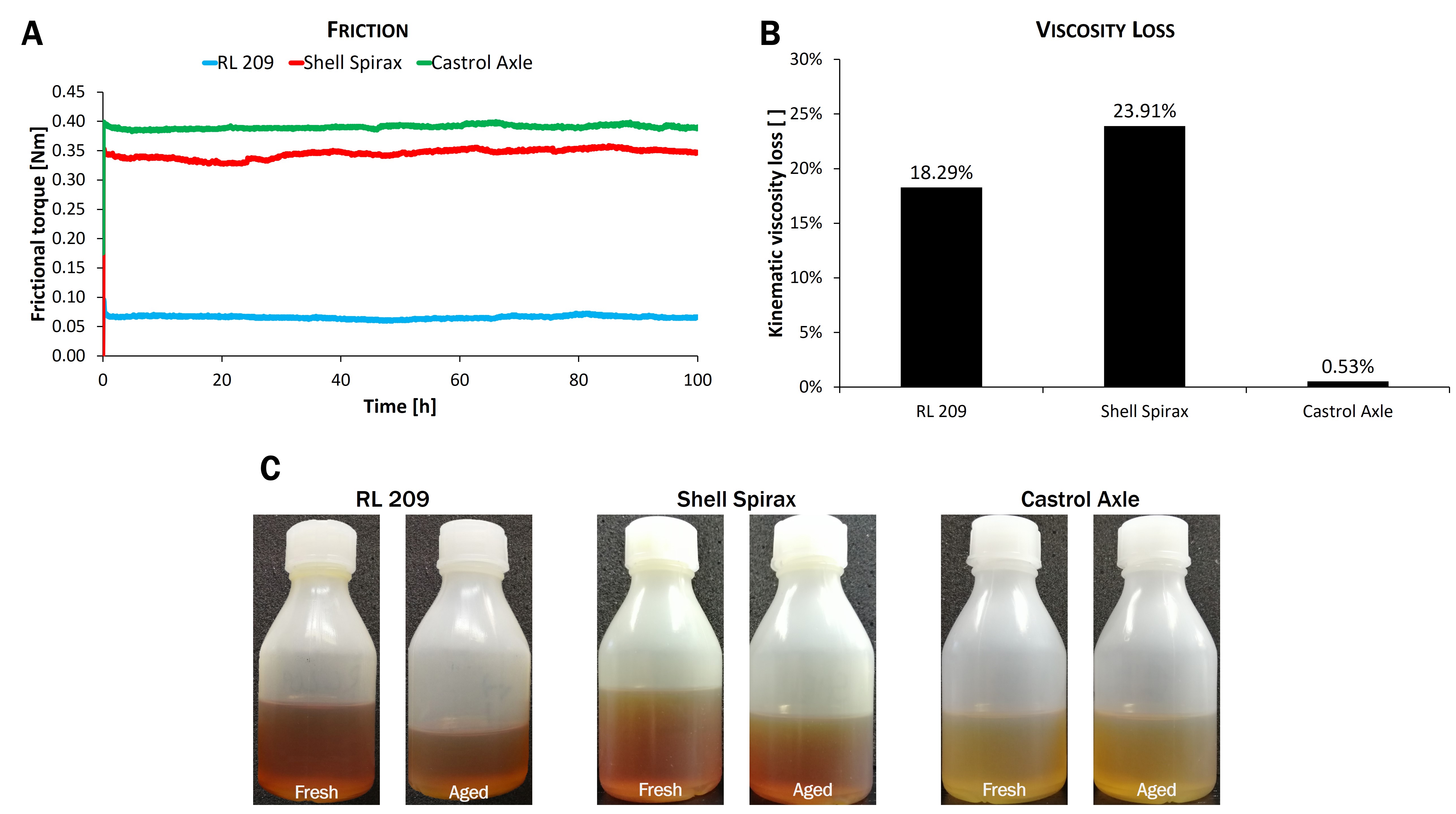 Figure S5. KRL determined changes in RL 209, Shell Spirax and Castrol Axle in KRL. Real time changes in friction torque for 100 h(A), kinematic viscosity loss of the oils (B) and  images of the fresh and KRL-aged oils (C). 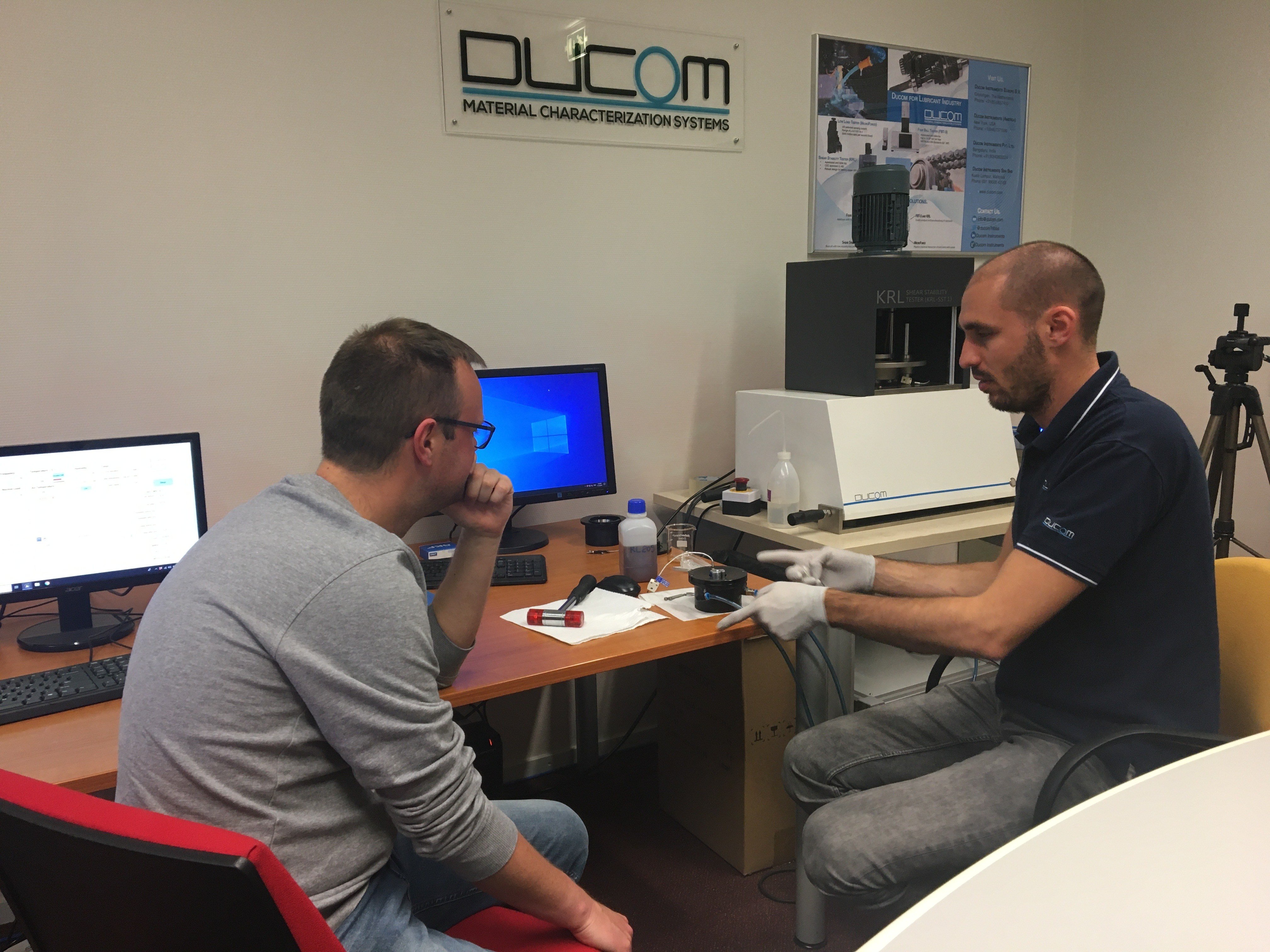 Previous Story
← Testing Diesel Fuel Lubricity: How do fuels from different gas stations fare?
Next Story
Response to Covid-19: How will we be measured? →